Can You Be Overweight & Healthy?

In this article I’m going to answer whether you can be overweight AND healthy?  I am going to seek to answer this question from two angles:

Last year this questions gathered more awareness in the public eye. Plus-size model Tess Haliday (with a BMI of 50 putting her in the class 3 level of obesity) defended herself on national TV stating;

“I guess I should be flattered people around the world are worried about my health, but I am happy and healthy.”

There is a lot to unpack in her statements.

Firstly I want to touch upon the other aspect of what she has said; the notion she is overweight and happy.

The rise of the self esteem movement 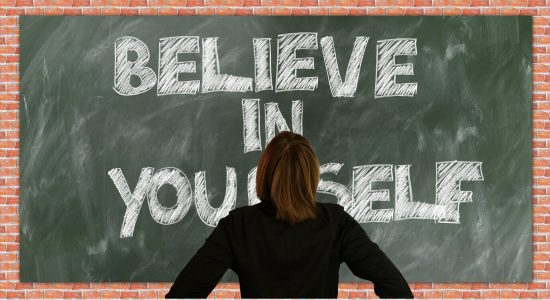 The fact Tess Halliday says she is happy with her size is a credit to her. She has stated, her size led to her being bullied growing up. It is therefore commendable she’s got to a point where she is happy and confident in her own body.

Equally there is a danger here. It is the idea that how you feel trumps everything. This is the residue of the self esteem movement that spawned from the 80’s. The idea is, how you feel about yourself and the world around you is golden so you must create a world where you never feel bad.

You are special and don’t allow anything to tell you otherwise.

Consequences of Self Esteem Movement?

Whilst the attempt to raise self esteem is seen as a good thing, it has spawned attempts to create an environment where you never feel bad;

Tess Halliday and people similar to her may be happy in their overweight body but can they factually state they are healthy with their body?

What is Metabolically Healthy Obese?

In the medical world this would be called ‘metabolically healthy obese’. Although the definition varies based on what study you are reading, it is commonly seen as an obese person who is experiencing less than 2 of the following metabolic markers;

Technically you can be obese and consider yourself to be ‘healthy’ as a common definition of ‘healthy’ is “free from disease” .

Yet, you being healthy now, doesn’t necessarily mean you’ll be healthy in the future. People don’t die from being overweight. The top 3 causes of demise post 50 are heart disease, liver disease & cancer.

If you speak to enough smokers eventually one of them is going to talk about their grandma who smoked 40 a day right up to her death at 102. This is why science rarely is prepared to say ‘X’ causes ‘Y’.

Our body is a complex organism. This enables one obese person to drop dead of a heart attack at 40 while another lives to 70 with health problem but nothing of worry.

Are You Creating An Overweight Environment? 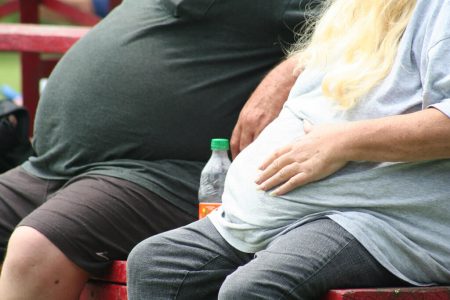 However, I like to present the following scenarios to my clients in order to explain the point:

The Fate of Okinawa – A longevity haven 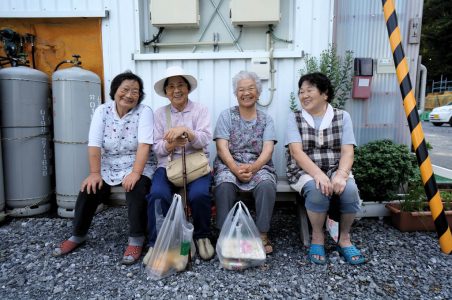 Disease can happen in every and any human body. However it can thrive in some environments more than others. For example, It is interesting to note the experience of a small Japanese Island called Okinawa.

Long been seen as a haven for longevity, Okinawa boasted the highest number of residents living to over 100 years old.

While they held the proud record of highest number of residents living to their 100’s, soon they were the recipients of another title; highest rates of obesity compared to mainland Japan .

What was the difference? The implementation of a more westernised diet.

Another example is what evolutionary biologists call ‘mismatch hypothesis’. This is when, once advantageous human traits, become problematic due to a change in the environment. An example of this would be our body evolving to consume food rich in fiber and low in sugar from fruit, potatoes, nuts & seeds whenever we could get it.

This was within a time when food was scarce. Now in an environment where food is abundant and a large amount of it is low fibre, high sugar we are now experiencing conditions such as type 2 diabetes and heart disease.

If You Stay Overweight

What does the research say could happen if you stay overweight or obese despite being metabolically healthy?

In a 2014, a meta-analysis looked at the effect of cardiovascular disease and all-cause mortality (all of the deaths from that population regardless of cause).

The case for arterial thickness is also backed up by another study looking at over 1000 individuals who found the risk substantially increased for overweight/obese individuals.

Another study from the university of birmingham looked at electronic health records between 1995 and 2015 and found 3.5 million who had no signs of heart disease at the start of the study. They divided them up according to their BMI and highlighted who were free of ‘metabolic abnormalities’ which consisted of diabetes, high blood pressure and abnormal blood lipids (fat). These were classed as ‘metabolically healthy’.

Their findings showed, although the obese category appeared healthy at the start of the study, they were 50% more likely to get heart disease compared to metabolically healthy normal weight people

In the case of type 2 diabetes, a meta analysis of 1770 ‘healthy obese’ the data showed a significant increased risk of developing type 2 diabetes if they hadn’t done so already.

It is clear – whilst you may feel healthy and even be classified as ‘metabolically healthy’ at this moment in time, being overweight or obese increases the chances of developing heart disease, diabetes and strokes in the future.

Can you be overweight and fit though? 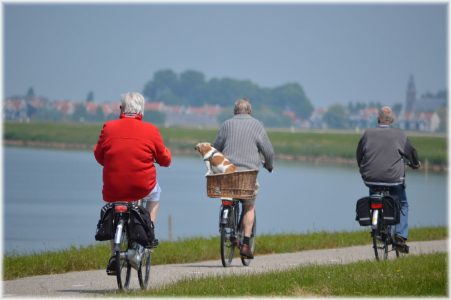 This is an interesting question because it is all dependant on how you define ‘fit’. For example, one definition from the Oxford dictionary is “the quality of being suitable to fulfil a particular role/task”.

Does Fitness Mask The Problem?

However, believing you are fit when you are overweight can mask the potential risk you face with your health in the future. It is nearly beyond doubt that being overweight and obese increases your risk of host of conditions. The ‘safety blanket’ of being fit can cause more harm than good in reducing the desire to take action on your weight.

In this article I have highlighted that you can technically be ‘metabolically healthy’ when you are overweight/obese. Yet, even if you are now, multiple studies show you increase the risks dramatically you won’t be in the future with heart disease, stroke and diabetes being the main risks.

This doesn’t mean you can’t be overweight and happy. With so many people lacking body confidence it is fantastic when anyone, WHATEVER their size is confident within their own skin.

However, don’t mistake feeling happy with being healthy – they are two separate things.