Commitment. The Number 1 Trait that Keeps You Going…. 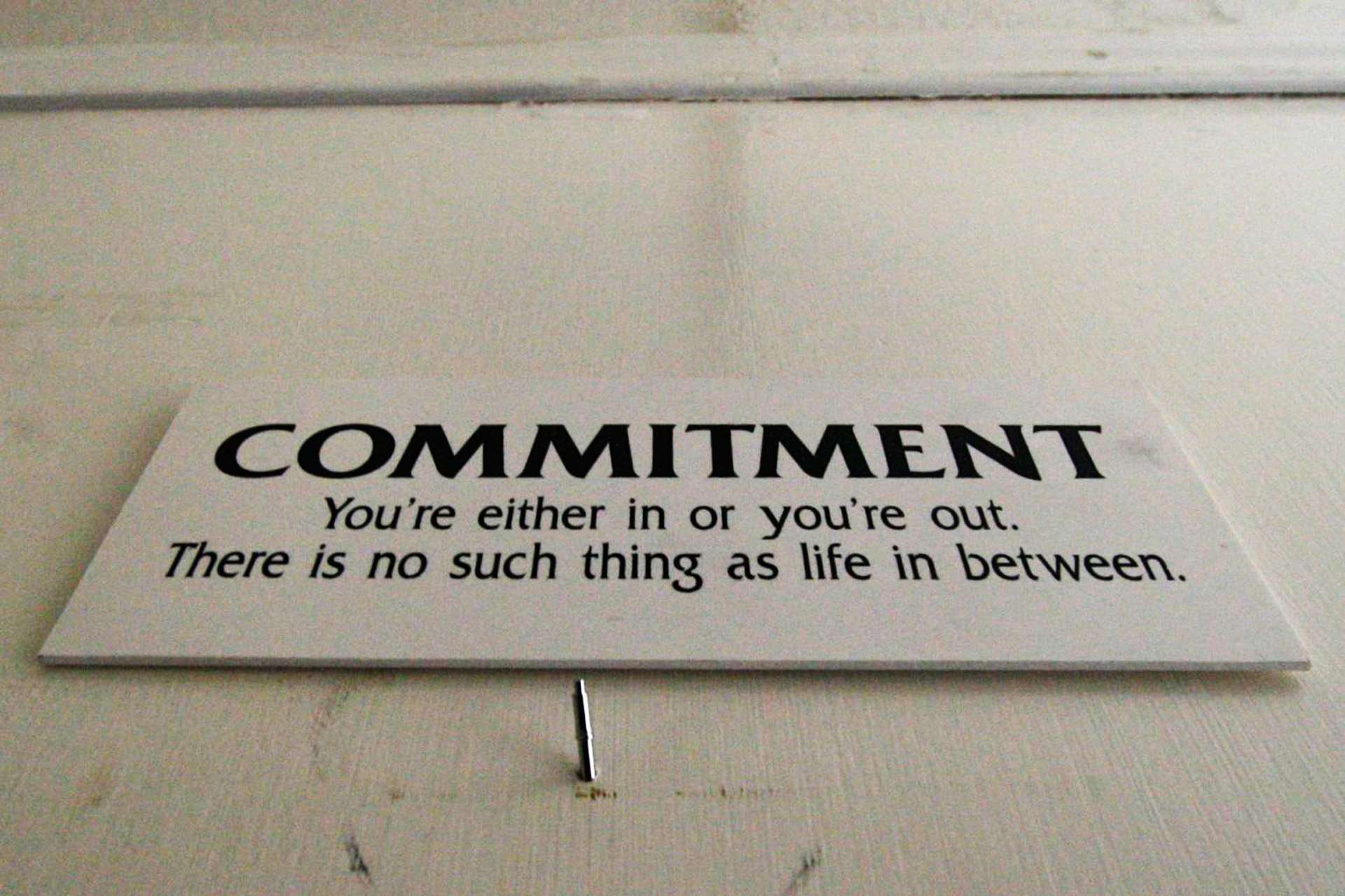 The expert pianists spent most of their time practicing their areas of weakness until they were no longer a weakness.

I have heard of such stories of expert individuals displaying extraordinary feats of practice in order to improve a small component of their skill set. It is said that mozart practiced so much that he ended up with deformities in his hands.

What is prominent in these examples boils down to one word that allows them to stand out:

Commitment is the act of dedicating yourself to a course of action in spite of other temptations that may be around. We are constantly being bombarded with information every day fighting for a piece of our consciousness. George St-Pierre is the UFC Welterweight champion. He is adored around the world and is a national hero in his native country of Canada.

Yet 99% of his days involve eating, sleeping and training. When he was 17 he would regularly take the epic trip from Montreal to New York just to train at a specific academy. Why couldn’t he go to a closer gym and why isn’t he out lapping up his celebrity status and getting laid every night?

Commitment to his path.

What are you prepared to do?

“ success is doing what most aren’t prepared to do, in order to have a life most people want”.

Running through the spine of that message is the notion that you must have the commitment most people aren’t prepared to engage in in order to be outstanding. This is all about rising above mediocre. Most peoples passions start as a hobby.

But in order to turn your ideas into reality and get paid for it, you have to have a standard above the mainstream and have the commitment to reach that point.

The Threat to Commitment

Think about an area of your life you have been committed to. Maybe a marriage. Maybe a skill set. What qualities do you think allowed you to stay committed?

The very nature of our display of commitment is as a result of a threat that our commitment will be broken. When someone is noted for their commitment it usually comes after opportunities have arisen for them to quit.

The expert pianists I referred to earlier; in those 10,000hrs how many times do you think there were opportunities for them to do something else, for them to massage their ego and play a piece they already excelled in? It was their commitment that stopped them taking the easy way out.

It Ain’t Easy Being Committed

And here’s the thing; commitment is hard! Somedays your passion might be your worst nightmare. You’ll want to do anything to avoid it. But the fact it is your passion means you’ll continually go back to it and that is the commitment coming through. Nurture it and you’ll become world class.

I talk to my clients about commitment all the time and it is through commitment that you can start to see the possibilities available to you to achieve success in turning your ideas into reality.

If you want to experience a conversation like no other and discover whats possible with commitment, found out how to book in a conversation with me; Its at no cost.

What about you: What are you committed to?