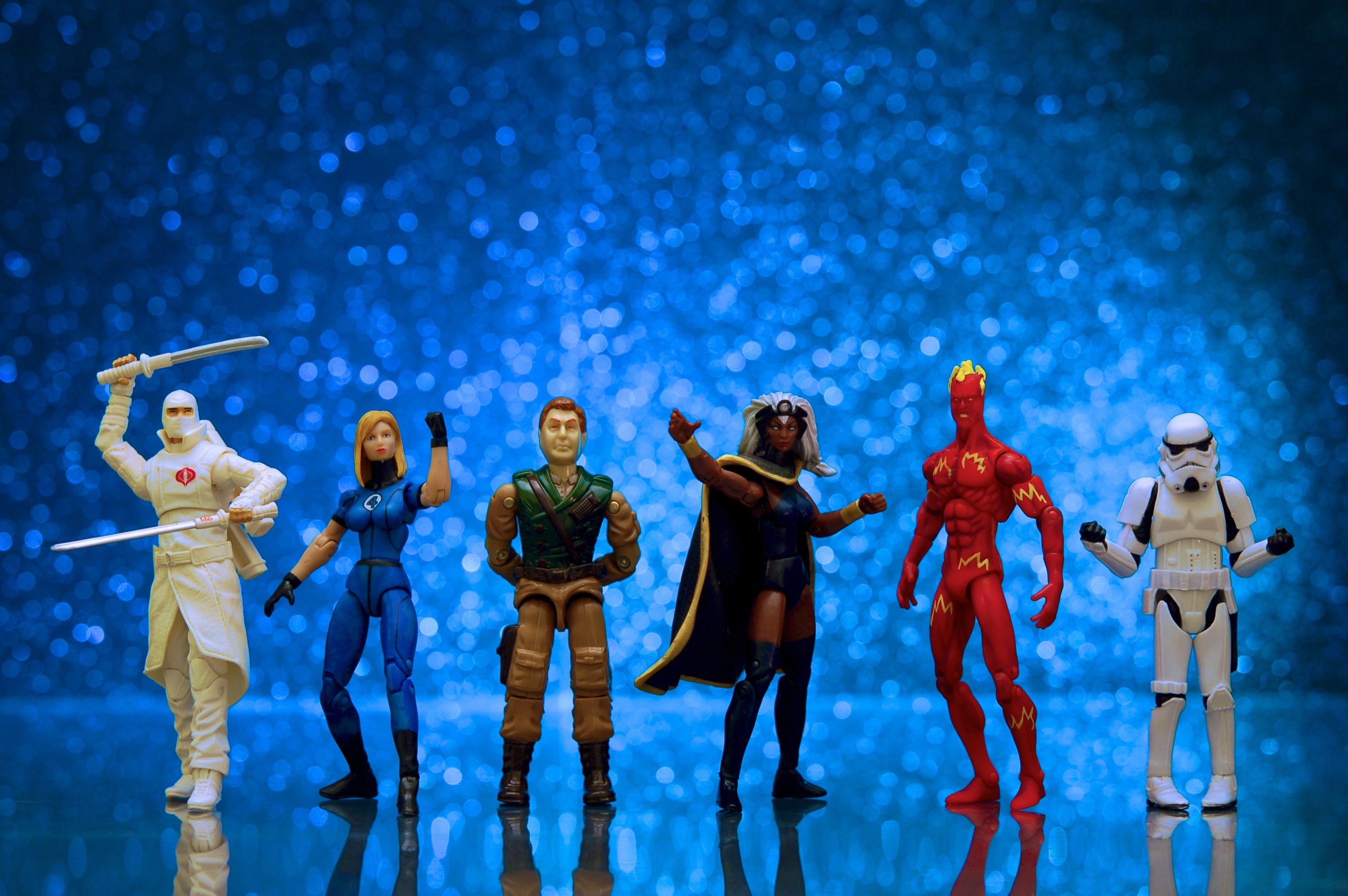 Everyone loves the good times, but what happens when the “sh$t hits the fan’?

A couple of years ago I was coaching a very successful property developer who had been in the business of buying houses for over 20 years.

I love working with people from different backgrounds because I get to hear insights from a variety of different industries.

After one particular session my client talked to me about the vast amount of property developers who became bankrupt during the global financial crisis.

During the financial boom between 2002-2007 it was not out of the ordinary for people to buy multiple houses in a year.

There were even cases where some were buying multiple houses in a week. However when it went bad, it went very bad and many of these developers panicked, some losing everything.

The Myth of Goal Setting

It reminded me of the goal setting exercise where some self-help ‘experts’ get an individual to visualise their outcome, noticing what they’d see and experience when they reach their outcome.

With the boom time property developers and the daydreaming college students, there is one parallel: They crumbled when reality did not match with expectation.

I love the good times. Myself, like everyone in university didn’t think about the future until after the final exam when it suddenly dawned on us that staying out till 4am during the week and laying in bed till midday wasn’t what the ‘real world’ was about.

We Are An Anxious Generation

I saw plenty of people go on a downer post university when they realised (a) they weren’t going to just walk into the job role of their dreams with their degree and (b) life can be hard sometimes.

In the UK, Anxiety UK has reported a 40% increase in the number of visits to their site of 16-24 year olds. In the US, a study showed that 44% of college students experienced symptoms of depression.

This is a problem. Why? 2 reasons: Expectations & The emerging workplace culture.

The Power of Expectation

Firstly we are expecting more of the good life these days. We look at the older generation who thought it was normal to work 14 hour days, sit down in a cubicle with just a pay check to look forward to and we think ‘screw that, surely there is a better way’.

According to a recent Deloitte survey individuals entering the workforce want to work smarter, not harder and want to make a positive impact in the world rather than money being the sole focus.

This is great, I too get a warm fuzzy feeling when I find an app that allows me to work smarter. However what we are expecting is not just going to fall in our lap. Long hours, 3 hour meetings and mind boggling work place pressures are still the norm.

The Evolution of The Modern Workplace

Secondly, the emerging workplace culture. It looked like it was so simple a couple of decades ago; no distractions as you impatiently waited for more ‘likes’ on your weekend instagram pics, no Tinder matching and it was the norm to work your way up the ladder of ONE company.

Now current figures show we expect to stay in a job for less than 3 years! Our ass doesn’t even get comfortable before we’re thinking about moving on.

Not just that, some studies are showing that by 2020 more than 40% of the workforce will be made up of freelancers and in another study over 50% of millennial questioned expressed a desire to start a business.

In short, there’s a whole lot of movement going on and what is the common theme amongst a lot of moveable parts? Uncertainty and a lot of trial & error along the way.

We can’t afford to fixate on just a rosy outcome anymore.

If we want to experiment & succeed with side businesses, if we want to have a career that is challenging our skill set and making an impact on the world, we’ve got to ensure we’ve got our shit together emotionally & mentally.

Current evidence is showing as a whole, we have ambition by the bucket load but we do not have emotional & mental resilience.

Emotional mastery (aka having your shit together) is like a savings accounts; Hardly a talking point thats going to get you a date anytime soon, but will definitely save your ass one day.

In his book ‘Surviving survival’ Laurence Gonzales wanted to explore what made an individual resilient after a traumatic event like a shark attack or experiencing a disaster. He reported that overwhelmingly the individuals who handled the aftermath better were the ones who considered themselves to be mentally strong in their life before the traumatic event.

So a key lesson in emotional mastery is: don’t wait until you’re in the eye of the storm before you get a hold of your emotions. A great quote from Dr Al Siebert’s book ‘Survivor Personality say “Your habitual way of reacting to everyday events influences your chances of being a survivor in a crisis”

Let me be clear; I’m not talking about surviving shark attacks or battling a tornado, I am talking about how you creating a mindset where you can handle the accumulative effect of modern day stressors without it hampering your desire to aggressively pursue your goals.

Call it mental toughness, call it resilience, the truth is anything worth pursing will inevitably involve some aspect of failure and setbacks. Any success worth striving for, whether it is job promotion, creating a side business or learning a new skill involves delayed gratification.

This is where the end reward is not immediate. In fact the end reward might not occur for months, sometimes years into the future. What stops you quitting when it seems the world is against you and you get set back after set back.

When looking at the traits of highly resilient people there are 3 common traits that help in pushing through the resistance and continuing along a particular path:

Psychologist Julien Rotter in 1954 developed the concept of Locus of control to describe the level of control an individual feels they have in their circumstances. Let me give you an example:

You go for promotion in your work and after being considered, it goes to Josie which surprises you because you always thought you were a better candidate.

Are you more likely to think:
(a) “What do I need to do in order to ensure I get promoted next time?”

(b) “Typical, the boss obviously appreciated the low cut blouse Josie wore to the interview”

In example (a) you are displaying an attitude that step 1 always begins with you, whereas example (b) implies amongst the passive aggressive bitchiness that something external (the boss gives credit to competence over dress sense) has to happen first before things change.

In Laurence Gonzales book ‘surviving survival’ he tells a story about a woman called Michelle who was attacked by a shark when she was scuba diving, taking a large chunk off the side of her body.

Luckily she survived but the aftermath was horrific mentally. What started the recovery process was when she took control, firstly by putting an image of a shark on her screen saver as a desensitisation exercise and then doing more active activities like horse riding

Whatever the level in severity of challenge, your ability to handle the situation emotionally is determined by whether you feel in control of the situation.

2. They don’t make high impact decisions in the ‘eye of the storm’.

In her book ‘The unthinkable’ Amanda Ripley noted a common pattern investigators found in large scale accidents (9/11, plane crashes); a lot of the victims were found clustered together.

When ‘shit gets real’ we look to see what the status quo is amongst other people as we desperately search for the solution.

This phenomena of herd mentality and group think, again, is present wherever we are along the scale of problem severity.

Highly resilient people make up their own mind, sometimes that falls in line with what the group majority think, other times you realise the group are blind leading the blind!

3. They frequently challenge themselves.

Psychologist Anders Ericksson studies experts. In one of his research pieces he wanted to find out the difference between the expert musician who plays solo to thousands and the expert who teaches in a high school.

The difference was the group who didn’t quite make the cut did practice, but they practiced music they already knew. The elite who play to thousands regularly spent hours practicing the pieces they struggled with. They faced regular failure in order to get to the top.

We rarely grow as people whilst lounging in the comfort zone. It is a necessary part of living (rest, recuperation, reflection), however a lot of people have pitched up a tent in their comfort zone and are going nowhere.

You grow when you are challenged and you become resilient when you clock up challenge time.

The lecturer for the ‘psychology of resilience programme’ at Harvard Dr Shelley Carson says “a prerequisite for resilience is adversity”.

Do you want to be successful, have skills that get you promoted and have the mindset where you can start a side business if you want or build a network so you never have to apply for a job again? It all starts by getting a grip on your emotions and creating bulletproof resilience.

What about You? Name 1 thing that helps you when set back occurs?