How To Build Confidence After Failure

Want to know when the most crucial time is following a set back, failure or mistake?

The 48 hours following the realisation it’s not going according to plan!

I have a number of guilty pleasures when it comes to TV viewing, one of which is ‘first dates’. It is a TV show where two people meet for their (you’ve guessed it) first date. Some are cringeworthy, some are hilarious and some highlight the struggles people go through with regards to confidence.

One particular guy talked about, as a teenager, really fancying a girl at his school. He would work himself up to speaking to her, but never did. The fear paralysed him. He never got to speak to the girl he fancied.

Now, whenever he speaks to a girl he fancies he would get a crippling anxiety which rendered him unable to speak. This was shown clearly in the show and was hard to watch.

This had plagued him for years since that fateful time he felt unable to speak to the girl.

Whatever the situation, if you experience a set back, failure, catastrophe, whatever you call it, it is entirely natural to feel a knock of self-confidence and compelled to halt anything you are doing for fearing of continuing down a path of destruction!

The 2 Most important factors that will build confidence following a failure is: 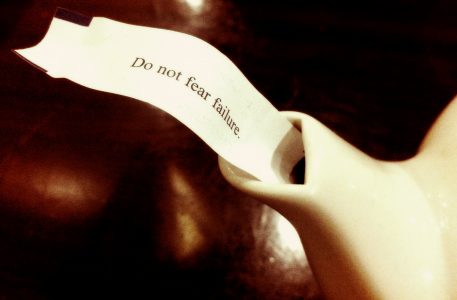 We are ‘meaning making machines’. We can become despondent and down if we find no meaning in life or what we are currently doing. Meaning can also determine our likelihood of trying something again or belief that we can improve upon what we failed in.

For example, how many times have you heard “What’s the point when I know I’ll fail again”. Maybe you’ve said it yourself! Under the surface of this statement is ‘I’ve failed before and that means I’ll fail again’.

It is important that any meaning you place on the failure does not affect the chances of you doing anything similar in the future.

This is why you will hear common philosophies around ‘failure’ like ‘There is no failure only feedback’ or ‘I haven’t failed, I’ve just found another way of not doing it’. Both of these examples frame the event in a way that increases the chances that you will brush yourself and try again (In the words of Aaliyah). 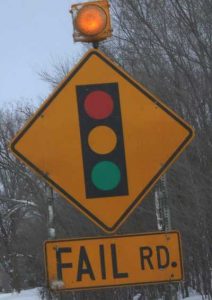 Whilst I hated every minute of working as a door to door salesman during one particularly boring summer in university, it did teach me something valuable. There were some days when I made rather low sales for the day, much lower than some of the super sales people. I ended those days feeling dejected, annoyed and questioning whether I could even sell ……………

However, there I was the next day, going door to door selling. I typically found the next day following a bad day was a little bit better, some days much better. It taught me that the most important thing to do after experiencing failure is to something similar to what you failed in as soon as possible;

Had a terrible date, go on another one asap.
Did a presentation that resembled car crash TV? Get another one arranged asap.
Had a client that cancelled your service? Make your service even better of your existing clients and pitch for a another client.

By doing this, it ensures your focus is on what you are doing in the present, rather than your past and also seeks to create new representations in your memory of the events. It is very important you do this.

Lets face it, failure sucks. But it is a natural process of human nature. The important part to build confidence is to look at what is in your control and seek to get past the failure as quickly as possible towards a more successful and satisfying outcome!